How can we be more productive 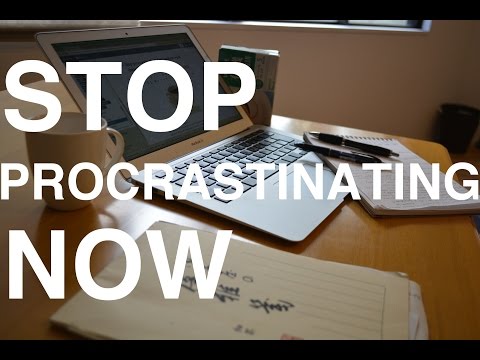 How many time you know what you have to do at that moment, then you just struggle for doing it or not for 30 minutes, forcing yourself don’t start watching Netflix but totally fail.

Let’s talk about how to stop procrastinating.

If you wanna abstain from smoking, that you have to figure out that when you want to do it, the sound in your head is “oh I suppose I’m a little tired or irritated with the bored time”, then you actually heard is “holy shit, I need a cigarette!”

Taking notice of craving and you can truly know that watching an episode of “Bojack Horseman” is not gonna be solve the anxiety you have.

unfortunately, this didn’t work most of the time, so that’s where step 2 comes in!

“I did two pushups when I went to pee” A human behavior master BJ fogg, said how he was able to get in about a 100 pushups a day by simply pairing a new behavior.

The key point is “don’t set about 10 pushups a time”, the small number is important to the likelihood of him actually doing it.

“You are more likely to agree to do less than more”, that’s the secret of making habits.

For example, you wanna create a jogging habit, 200 meters is a better goal than 5 miles per day, no matter how tired of you that day, 200 meters is do-able, it’s not a problem with doing it day by day, then making it into a new habit.

Several studies have shown that exercise increases BDNF (brain-derived neurotropic factor), which is important to learning, memory and higher thinking.

This is where shower comes in, the key with the shower is not necessarily the action of washing yourself, the key is actually being isolated in a quiet room where you’re not working or watching TV or checking your phone.

Let your minds are relaxed and not doing a particular task. so it doesn’t have to be a shower. you can replace it with distractio- free walk, relaxing in a chair, just something slow and quiet to keep your mind relaxed.

There are two modes in the brain, you can think of these two states as your brain being two different types of pinball machines.

Steve Kotler, the author of the rise of superman, talk about something called the “flow state” , a state he describes as an optimal state of consciousness where you feel totally absorbed in the task and all aspects of performance, mental and physical, go through the roof.

if you’ve worked on a paper with only 3 hours left until the deadline and you were typing continuously at double your normal pace and you didn’t notice 2 hours passed until you had to pee, you were probably in the flow state.

Steven says that in order to put yourself in the flow state, there is 4 part.

The first part is starting with working through a phase of struggle where you are focused and working hard with a challenging task. like “finish this paper or I fail.” or “make this jump or I die.”

The next part called the “ release “ phase where take your mind off of the problem.

The third part of the cycle is being “ in the state of flow “, after you’ve focused super hard and then you took your mind off the problem and you come back to it. (if you’re really lucky) your brain will start to release a bunch of performance-enhancing chemicals and you will work or perform incredibly effectively.

The fourth part is the “ recovery “ phase, which is sort of like a hangover. the chemicals that enhance performance are also the feel-good chemicals, so you go from this amazing kind of “ high “ when in flow to feeling pretty crappy once those chemicals are used up. so it’s important to be able to with those neurochemicals hangover by getting the proper vitamins, mineral and some sunlight, so you can get back into the cycle again.

You may also enjoy: